Special Posts on the Second Death Anniversary of AKS

Today, 28th November 2013, falls the Second Anniversary of the demise of AKS. To mark the occasion, we are privileged to share four poems of AKS–three are love poems, while the fourth one is on the hanging of the Pakistani leader and former Prime Minister, Zulfikar Ali Bhutto (5 January 1928 – 4 April 1979) by the Military ruler General Zia-ul-Haque–which was widely seen as rather unjust end of a popular democratic leader. This poem on Bhutto has, as far as we know, remained unpublished. It was written the very next day of Bhutto’s execution on 4th April 1979, and thus carries the powerful sentiment for the tragedy of the democratic leader among the intelligentsia and democratic activists in India and elsewhere. Bringing it before the reading public nearly 34 years after the poem was composed by AKS, who himself passed away two years back, gives us mixed feelings.–AKSCENTRE 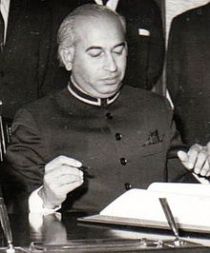 A POEM FOR BHUTTO

Remembering you after you are no more

Seems to be a sin

For I see my doom

Coming to take me from my bed—

It’s toppling all over the place,

While my father eats off my flesh

And does not say sorry.

Lord wherever and whoever you are

Take care of me

My man in heaven

You are visitor no.

Categories of Posts and Pages